At the conference "Next Generation Pharmacovigilance", held on 18 May 2016 in Zagreb, Agency for Medicinal Products and Medical Devices (HALMED) presented the mobile application for the reporting of suspected adverse drug reactions (ADR reporting). HALMED is among the first three European medicinal product agencies that introduced applications for ADR reporting via smartphones. The mobile application is meant for patients, health care professionals, carers and others so that they could directly report ADRs as well as receive the latest information concerning medicinal products using their mobile devices.

The mobile application is an alternative to already available ways of reporting ADRs via the online application and paper forms, and its introduction enables ADR reporting on the move as well as easier availability of information on medicinal products.

The application is available for download via Apple and Google app marketplaces:

The QR code via which you can download the application is available here.

With this mobile application, HALMED attempts to additionally strengthen the involvement of patients and health care professionals in the monitoring of safe use of medicinal products by enabling a simple and direct way of ADR reporting via smartphones. The users of the application can select particular medicinal products from HALMED's Medicinal Products Database and keep track of all updates concerning their safe use. Additionally, they can view the reported suspicions of adverse drug reactions for every medicinal product that interests them.

By introducing the mobile application for ADR reporting, HALMED is once again at the forefront of trends as well as application of new information technologies within the European pharmacovigilance system.

"After HALMED was the first in the world to begin using the online application of the World Health Organization (WHO), the introduction of our mobile application represents the logical continuation of our efforts to apply new digital technologies in order to make the ADR reporting system more accessible to patients and health care professionals. Croatia, the United Kingdom and the Netherlands are the first member states of the European Union which have implemented such applications, and a mobile application meant for use in all the other member states of the European Union will be developed based on our experiences", said Darko Krnić, M.D., Head of Department for Pharmacovigilance and Rational Pharmacotherapy at HALMED.

The development of the application had been conducted within the project of the European Commission titled Innovative Medicines Initiative (IMI) WEB-RADR* (Recognising Adverse Drug Reactions), in which HALMED is actively involved. WEB-RADR is a joint private-public partnership project (IMI projects) which, in addition to HALMED, the European Medicines Agency (EMA) as well as the Medicines and Healthcare Products Regulatory Agency (MHRA) of the United Kingdom, includes participation of Uppsala Monitoring Centre (UMC), the collaborating center of the WHO which administers the global ADR database, the Netherlands Pharmacovigilance Centre Lareb as well as numerous other partners from the academic community, patients' associations and pharmaceutical industry. The goal of this project is to develop the easiest and most accessible way of reporting adverse drug reactions via new channels and social networks.

As a part of HALMED's conference "Next Generation Pharmacovigilance", a round-table discussion "Click and Report" was also held, dedicated to the reporting of adverse reactions and the application of information technologies in the securing of safe use of medicinal products, in which representatives of institutions with which HALMED collaborates took active part.

* The WEB-RADR project is supported by the Innovative Medicines Initiative Joint Undertaking (IMI JU) under grant agreement n° 115632, resources of which are composed of financial contribution from the European Union's Seventh Framework Programme (FP7/2007-2013) and EFPIA companies’ in kind contribution. More information on the IMI initiative is available at www.imi.europa.eu.

** This communication reflects the views of HALMED and neither IMI nor the European Union, EFPIA, or any Associated Partners are responsible for any use that may be made of the information it contains. 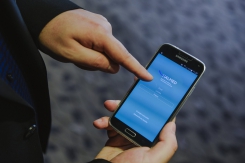 For Patients and Public